6 Resistance by Artists and Intellectuals

Critical artists and intellectuals confronted the National Socialist movement during the final years of the Weimar Republic. Immediately after the National Socialists took power, opposition artists and intellectuals were arrested, expatriated, or murdered. Many of those who did not want to assimilate or who had mounted open resistance fled into exile.

The National Socialists’ claim to total rule also applied to all areas of the arts and sciences. The “Reich Chamber of Culture” was to guide and control the entire breadth of cultural and intellectual life. All creative artists had to be a member of one of the sections for literature, the press, music, film, theater, radio, or the fine arts. Not being accepted or being expelled was tantamount to a ban on working in the field.

Nonconformist and Jewish writers and artists were publicly defamed and excluded. Their books were no longer published and were removed from libraries. Museums and galleries no longer exhibited their artwork, venues canceled performances of plays and music, films were banned. Despite these measures, some writers and artists continued their work in secret, with no prospect of publication or exhibition.

At the universities, opposition and Jewish academics were driven out of teaching and research. They were replaced by conformist academics and supporters of National Socialist policy. Very few intellectuals openly and demonstratively supported their persecuted colleagues or resigned in protest. Only a few artists and academics dared to rebel against the National Socialist dictatorship and find a way to mount active resistance. 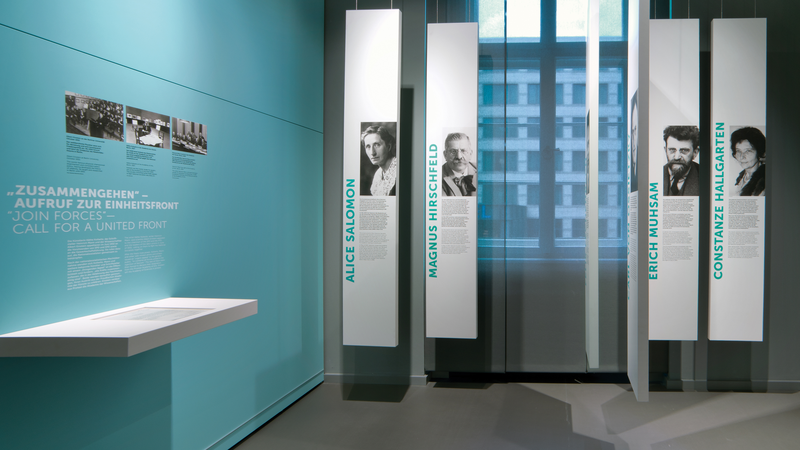 6. Resistance by Artists and Intellectuals