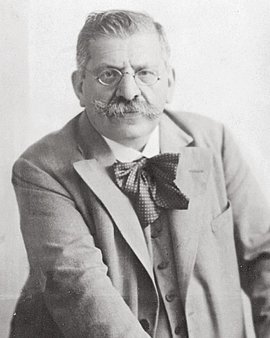 For the Jewish doctor and sexologist Magnus Hirschfeld, homosexuality was not a crime but a variant of human sexuality. He greatly influenced Germany’s first homosexual movement, and in 1897 founded the Scientific-Humanitarian Committee, which championed the rights of homosexuals. Hirschfeld was also politically active and campaigned for the abolition of Clause 175, which made homosexual acts between men a punishable offense. In May of 1933, National Socialist students vandalized Hirschfeld’s Institute of Sex Research, and his writings were publicly destroyed at the book-burning on Berlin’s Opernplatz. Magnus Hirschfeld, who was already in exile at that time, died in Nice in 1935.