In the early summer of 1942, a group of Munich University students formed around Hans Scholl and Alexander Schmorell. They sought to evade co-optation by National Socialism and to preserve their intellectual independence. Their numbers included Sophie Scholl, Christoph Probst, and Willi Graf. They were influenced by their professor, Kurt Huber, with whom they discussed fundamental issues of the new political order. In the summer of 1942, the first White Rose leaflets called for resistance against the criminal dictatorship. Two further leaflets followed in the winter of 1942/43.

Hans Scholl, his sister Sophie, and Christoph Probst were sentenced to death on February 22, 1943, and murdered that same day. In April 1943, the “People’s Court” sentenced Alexander Schmorell, Willi Graf, and Kurt Huber to death; other helpers and confidants, including members of the Ulm group, received long prison and penal sentences.

Another group with links to the Munich students through Traute Lafrenz and Hans Leipelt formed in Hamburg in 1942. In the fall of 1943, the Gestapo uncovered the Hamburg group’s activities and imprisoned more than twenty people. In the following years, another ten regime opponents associated with the Munich and Hamburg branches of the White Rose were murdered or driven to death. 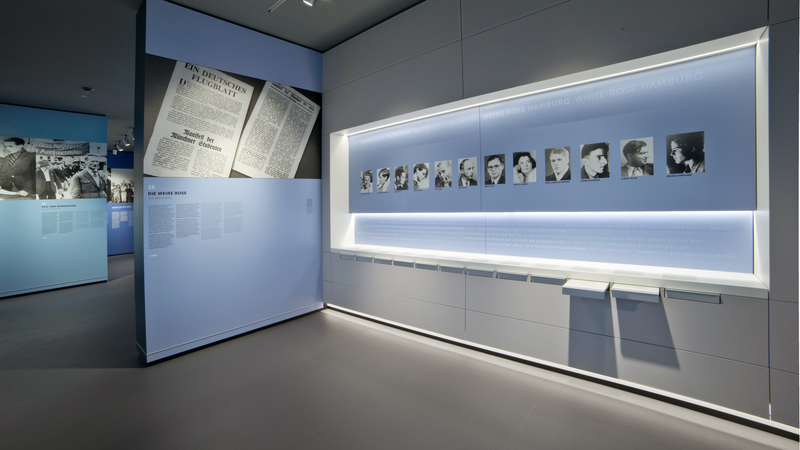