7 Georg Elser and the Assassination Attempt of November 8, 1939

As early as 1938, the carpenter Georg Elser decided to kill the leading National Socialists—Hitler, Göring, and Goebbels. He hoped this act would prevent the impending war. Knowing that Hitler regularly gave a speech in the Munich Bürgerbräukeller on November 8 to mark the anniversary of his attempted putsch in 1923, Elser gained access to the venue and found that the hall was not guarded. He systematically prepared his assassination attempt, constructing a detonator mechanism and obtaining explosives. In the summer of 1939, Elser spent several weeks preparing a supporting pillar in the event hall to conceal the explosive device.

On November 8, 1939, Hitler left the assembly room unexpectedly only minutes before the explosion, and thus evaded the assassination attempt. Customs officers in Constance arrested Elser at around the same time, as he was attempting to escape to Switzerland. He was handed over to the police because he was carrying suspicious items.

After several days of interrogations in Munich, Elser confessed and emphasized his intention to open up a path for peace in Europe by killing Hitler and the other leading National Socialists.

The National Socialists initially thought Elser was an instrument of the British secret service. Many others shared this assessment at the time, including members of bourgeois and military resistance circles. Now, however, there is no doubt that Elser was acting entirely of his own accord. After years in solitary confinement, Georg Elser was murdered in Dachau concentration camp on April 9, 1945, only weeks before the end of the war. 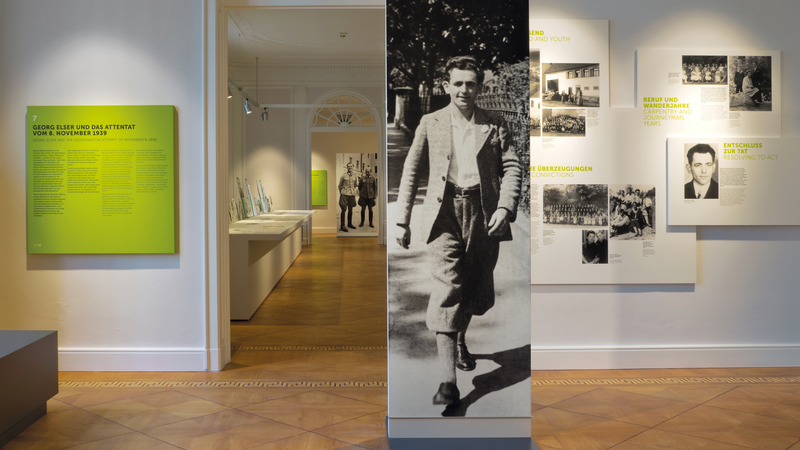 7. Georg Elser and the Assassination Attempt of November 8, 1939