After the National Socialists took power on January 30, 1933, Adolf Hitler was able to achieve goals he had formulated as long ago as the mid-1920s. The Gleichschaltung of the justice system, public opinion, administration, and culture and the destruction of the separation of powers and the rule of law wiped out individual freedom in a matter of months. National Socialist ideas were conveyed in terms such as “race,” “blood and soil,” “people’s community,” and “living space.” Political opponents and Jews, Sinti and Roma, people with mental illnesses and disabilities, homosexuals, and “asocial elements” were excluded from society. Their oppression and persecution became part of everyday life in Germany.

The National Socialists pursued domination over Europe and prepared a war of aggression to found a German empire in the center and east of Europe. World War II began upon the German invasion of Poland on September 1, 1939. Systematic murder campaigns took place only days later. Their targets were the Polish ruling class and the Jews living in Poland. In the early summer of 1940, German troops occupied large parts of western and northern Europe.

The attack on the Soviet Union, in preparation since the spring of 1940, began in June 1941. The National Socialists’ racial and political war was characterized by war crimes and crimes of violence. Several million inhabitants of the occupied territories were sent to Germany as forced laborers; many of them did not survive. The German Wehrmacht troops were followed by the “Einsatzgruppen [mobile killing units] of the chief of the Security Police and the SD [Security Service],” who murdered more than a million Jewish men, women, and children. In the winter of 1941/42, the systematic mass murder of the Polish Jews began in the “Operation Reinhard” extermination camps. In total, almost six million Jews fell victim to the National Socialist genocide in Europe. 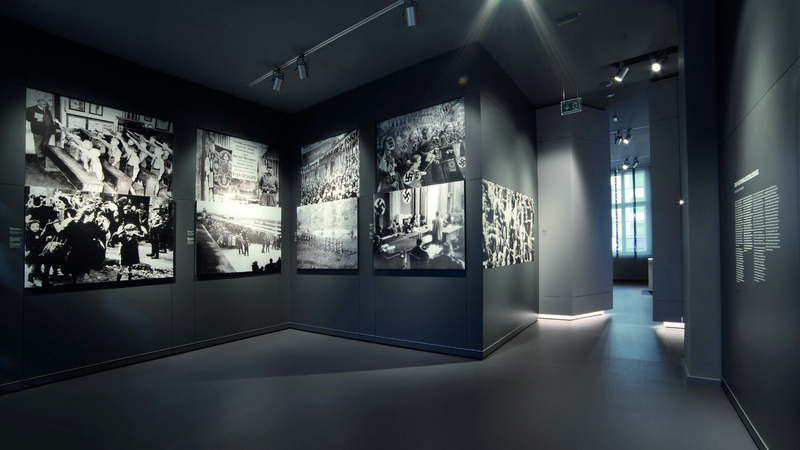