After military defeat of the German empire, revolution broke out in November 1918. The kaiser fled and a republic was declared. The new Reich government had to conclude peace and pay reparations for the lost war under the 1919 Treaty of Versailles. Not all Germans were committed to the new democracy and its constitution, which promised equal rights and social security.

The early years of the Weimar Republic were a time of many uprisings and putsch attempts. Over time, however, the German government achieved a number of objectives in its foreign policy. Germany was adopted into the League of Nations and experienced extraordinary cultural diversity and economic stability during the "golden twenties." It even managed to instigate a revision of the Treaty of Versailles.

The Great Depression and mass unemployment hit Germany particularly hard in the late 1920s. The ruling parties were no longer capable of making compromises or forming stable coalitions. Authoritarian concepts and anti-Semitic prejudices influenced many Germans’ political ideas and strengthened the opponents of the constitution on the right and the left.

Founded in 1924, the Reich Banner Black-Red-Gold was the largest republican defense organization, uniting some three million members from all democratic parties and the labor unions in the late 1920s.

To combat the nationalist Harzburg Front, in December 1931 members of the Reich Banner Black-Red-Gold, several workers’ sports associations, and the free labor unions banded together in the Iron Front. They hoped to prevent the German republic from becoming an authoritarian state. However, in the summer of 1932, Reich Chancellor Franz von Papen disempowered the democratically elected Prussian government, thus sealing the fate of the Weimar Republic. There was no widespread resistance in defense of democracy. 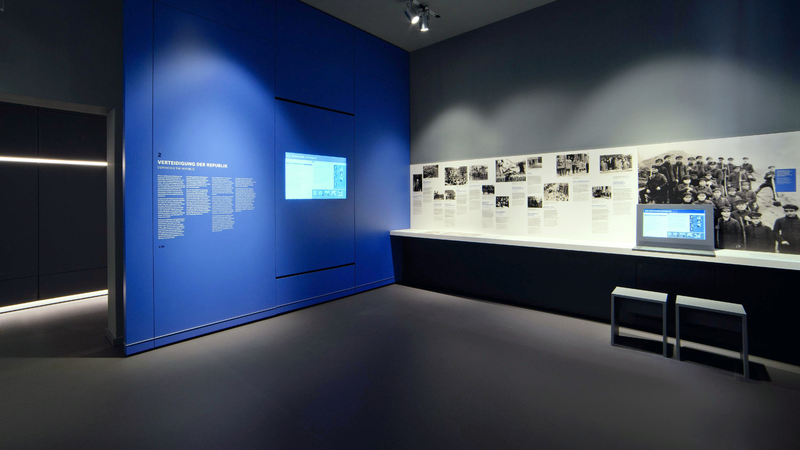