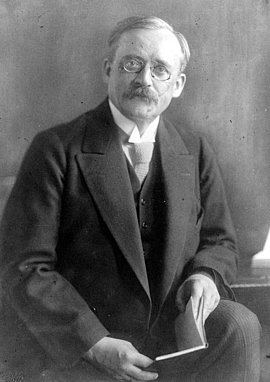 The Berlin scholar Otto Hintze is now regarded as one of the twentieth-century’s most significant historians. He met Hedwig Guggenheimer, a young woman from a Jewish family, in one of his seminars, and the couple married in 1912. Hedwig Hintze was a very talented young historian and became the first female adjunct professor of modern history to teach at the Berlin University, in 1928. Her political allegiances were to left-wing liberalism. After 1933 she lost all prospects of an academic career in Germany and had to work abroad, mainly in France. In protest at his wife’s treatment on racial grounds, Otto Hintze resigned from his post as co-editor of the respected journal Historische Zeitschrift. He did not publish any more academic work after 1933, but wrote to his wife almost every day after her emigration to the Netherlands in late 1938, up to his death on April 25, 1940. He refused to get a divorce. Hedwig Hintze committed suicide in the Netherlands on July 19, 1942, to escape deportation to an extermination camp.