From 1933 on, more than half a million Germans fled abroad to escape the National Socialists. Emigration meant not only leaving their homeland, but also beginning a life of uncertainty. Large numbers of the approximately 280,000 German Jews who had to emigrate pinned their hopes on a state of their own in Palestine. Many of the refugees who emigrated for political or other ideological reasons regarded themselves as representatives of an “other, better Germany.” Once in exile, they faced new problems in their host countries, however, resulting from their poverty and uncertain legal status.

The emigrants came from different political, cultural, and religious backgrounds. Many of them formed exile organizations with the aim of informing the world of the situation in Germany and maintaining links with the resistance inside the country.

The centers of political exile were initially Prague and Paris, then London, Stockholm, and Moscow. Paris became a hub for emigrant intellectuals who hoped to strengthen their fight against National Socialism by forming a “people’s front” that included supporters of all political groups and tendencies. More than one fifth of the five thousand Germans who fought on the side of the Republic in the Spanish Civil War fell in battle.

When World War II began, many German anti-Nazis were interned as “enemy aliens” in France, Switzerland, and Britain. After France was occupied in the summer of 1940, many of them ended up in the hands of the National Socialists, and were consigned to extermination camps, imprisoned for many years, or murdered. A large number of emigrants also fought with the Allied troops for Germany’s liberation from National Socialism. 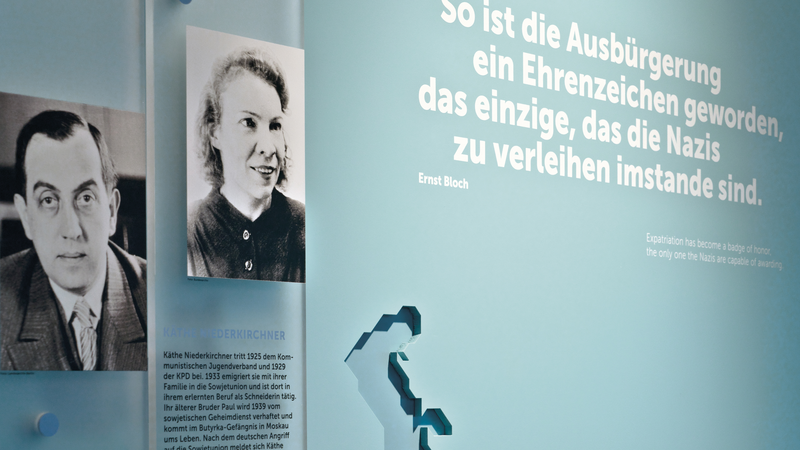