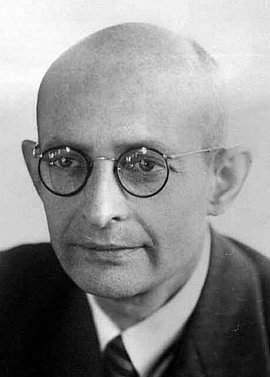 Otto Heinrich von der Gablentz, an officer’s son, returned to Berlin in 1917 after being seriously wounded in the First World War. He began studying political science while still serving as a lieutenant. He was also decisively influenced by the Youth Movement’s ideas on reforming society. At the beginning of the Weimar Republic he advocated conciliation rather than confrontation between the nationalist and socialist movements. Von der Gablentz was politically close to the Religious Socialists around Paul Tillich. In 1925 he took up a post at the Reich Statistical Office. At the beginning of the 1930s he was involved several times in reparations negotiations as a member of the German delegation. After the National Socialists took power, von der Gablentz was expelled from his post at the Reich Economics Ministry and subsequently worked for the Chemische Industrie (Chemical Industry) business group. In 1940 Horst von Einsiedel arranged for von der Gablentz to meet Helmuth James Graf von Moltke. Within a short time von der Gablentz became one of the first people to be involved in the Kreisau Circle’s intensive deliberations on reorganizing Germany. He had a major influence on the Circle’s program. After the unsuccessful coup attempt of July 20, 1944 the Gestapo investigators failed to discover his involvement. Von der Gablentz survived the war. From 1959 to 1966 he was a professor of political science at the Free University of Berlin.