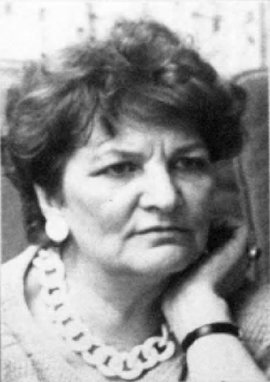 Charlotte Heile was born in Bremen in 1926. Her father was a journalist and found work in Hamburg after 1933. Her mother worked as a clerk and at times as a tram conductress. Charlotte Heile grew up in Hamburg-Altona. From 1941 she attended the Lerchenfeld art school in Hamburg. In reaction to a newspaper article vilifying swing kids, she and a fellow student made a poster featuring an anti-Nazi text and a number of drawings. Known among swing kids as “the roll,” the poster was shown secretly at dances and parties. In May 1942, Charlotte Heile was arrested by the Gestapo and put into Fuhlsbüttel prison. On her arrest, the Gestapo failed to find the poster because her mother had hidden it. Later, her mother handed the poster over to the Gestapo in the hope of helping her daughter, having destroyed the text and leaving only the drawings. Charlotte Heile was able to leave prison after three weeks, but had been expelled from art school in the meantime. Her father sued the school and succeeded in having her ban revoked. Charlotte Heile left art school without graduating in 1945 and lived in Hamburg for the rest of her life.