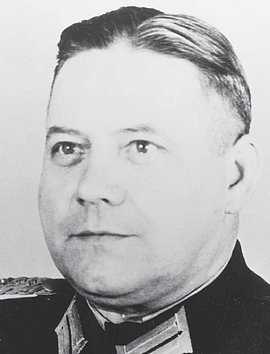 Werner Schrader completed a teacher training course in 1914 and enlisted for the war as a volunteer. He retired from military service with the rank of first lieutenant in 1920, and worked as a teacher. In 1927 Schrader was elected as regional leader of the “Stahlhelm” (Steel Helmet federation of combat veterans) in Braunschweig. After the National Socialists took power he opposed his federation’s takeover by the SA, lost his post and was dismissed from the teaching profession. In 1936 he was recommissioned to the Wehrmacht in a counterintelligence office in Munich and came in contact with Rudolf Graf von Marogna-Redwitz and other conspirators in counterintelligence. After the invasion of Poland, Schrader was transferred to the headquarters of the Army High Command, where he compiled a secret archive with reports and photographs of SS atrocities in occupied Poland. After the unsuccessful assassination attempt of July 20, 1944, Werner Schrader was aware that the investigators from the Reich Security Main Office would inevitably discover his role in passing on the explosives used for the attack. He committed suicide on July 28, 1944.