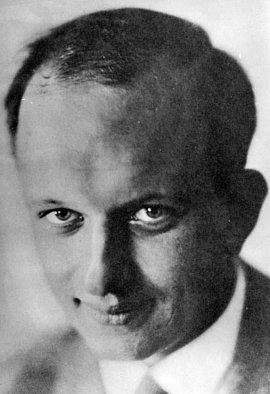 Werner Finck, a cabaret artist from Görlitz, satirized contemporary issues, not sparing the leading figures in the National Socialist regime after Hitler took power. His attempts to ridicule living conditions in the new dictatorship through puns, gestures and double-entendre were particularly popular with his audiences. The Gestapo placed his shows at the Berlin “Katakombe” cabaret under observation at the end of 1934. The cabaret was closed down a few months later and Finck was put into Esterwegen concentration camp, but released as early as July 1, 1935. He was tried before the Berlin Special Court for violation of the “Heimtückegesetz” (Malicious Practices Act) but not sentenced. However, Finck was only allowed to work as an actor under certain conditions, and was dismissed without notice at the beginning of 1939. He volunteered for the Wehrmacht on the outbreak of the war, and was placed under arrest for another nine months in 1942. Werner Finck survived the war, ending his service as a soldier on the Italian front.