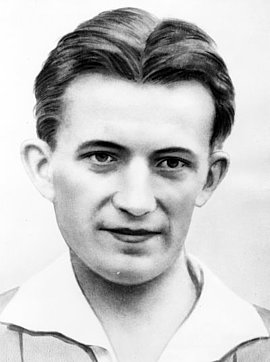 Robert Uhrig, born in 1903, was the son of a metalworker. He grew up in Berlin, becoming a highly qualified toolmaker. He joined the KPD in 1920, attending several courses at the Marxist Workers’ School and acting as a workplace group functionary. In 1929, he took a job in the Osram research department for radio tubes, where he led a communist workplace cell. Uhrig was first arrested in 1934, as he had edited an underground newspaper and organized collections for the families of people in prison. He was sentenced to 21 months in a penitentiary, but continued his resistance activities immediately after his release, again setting up illegal communist workplace groups. Up to the outbreak of the war, Uhrig managed to forge contacts to other communist resistance groups, and was therefore regarded as the head of the communist resistance in Berlin around 1940. The Gestapo placed informers in his resistance group in 1941, arresting Uhrig and many of his friends in February 1942. After more than two years’ imprisonment in Sachsenhausen concentration camp, Robert Uhrig was sentenced to death in June 1944 and murdered in Brandenburg-Görden on August 21, 1944.