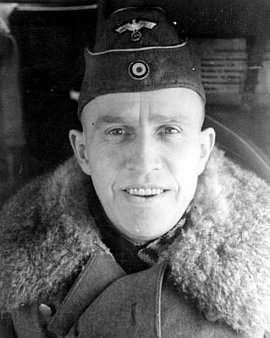 Kurt Hahn entered the Reich Army in Königsberg as a cavalryman in 1922, and as a young noncommissioned officer in Munich he supported Hitler’s attempted putsch on November 9, 1923. In 1934 he was transferred as an officer to the Signal Section and worked as an instructor for radio and telecommunications engineering at the Army Communications College in Halle. In 1937 he went to the Signal Corps Inspectorate in Berlin. After the German invasion of Poland in the summer of 1939, Hahn fought in the campaigns in Poland and the Soviet Union. In 1943 as colonel he became chief of staff under the chief of Army communications, General Erich Fellgiebel. Hahn was initiated into the conspirators’ plans to overthrow Hitler, and on July 20, 1944 was in the Army High Command camp Mauerwald near Lötzen in East Prussia, around 15 kilometers from the scene of the attack on Hitler. The conspirators failed in their attempt to block lines of communication after the attack. Kurt Hahn was arrested on August 12, 1944, sentenced to death with six other officers by the People’s Court on September 4, 1944 and murdered the same day in Berlin-Plötzensee. His wife was only informed three weeks after his murder that the death penalty has been carried out.