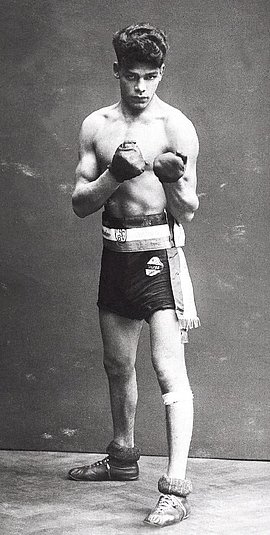 Johann Wilhelm Trollmann grew up with eight brothers and sisters in a poor family in the old part of Hannover. He first entered a boxing ring at the age of eight. He became regional champion four times in his youth and took part in the German amateur boxing championship. Having not been selected for the 1928 Olympic Games in Amsterdam, he decided to become a professional boxer. He soon became a great success. In 1930 alone he fought 13 times, including international matches. After the National Socialists took power, boxing clubs were subjected to Gleichschaltung, with “non-Aryan” members like the Sinto Johann Trollmann expelled. In June 1933, eight days after becoming German light heavyweight boxing champion with a victory over Adolf Witt, Johann Trollmann’s title was removed. In July of that year, he appeared at a boxing match with his hair dyed blond and his face powdered white, in a demonstration against the Nazi regime’s racial fanaticism. He had to give up his professional career and earned his living boxing at fairs over the next few years. In 1938, he was held in Hannover-Ahlem labor camp for several months. After his release, he went into hiding for a while to evade further arrests. Trollmann was drafted into the Wehrmacht in 1939, injured on the Eastern Front in 1941, and expelled from the Wehrmacht in 1942 for “racial reasons.” He was arrested in Hannover in June 1942, severely maltreated, and transferred to Neuengamme concentration camp several weeks later. Johann Trollmann was murdered in Wittenberge subcamp in 1944. 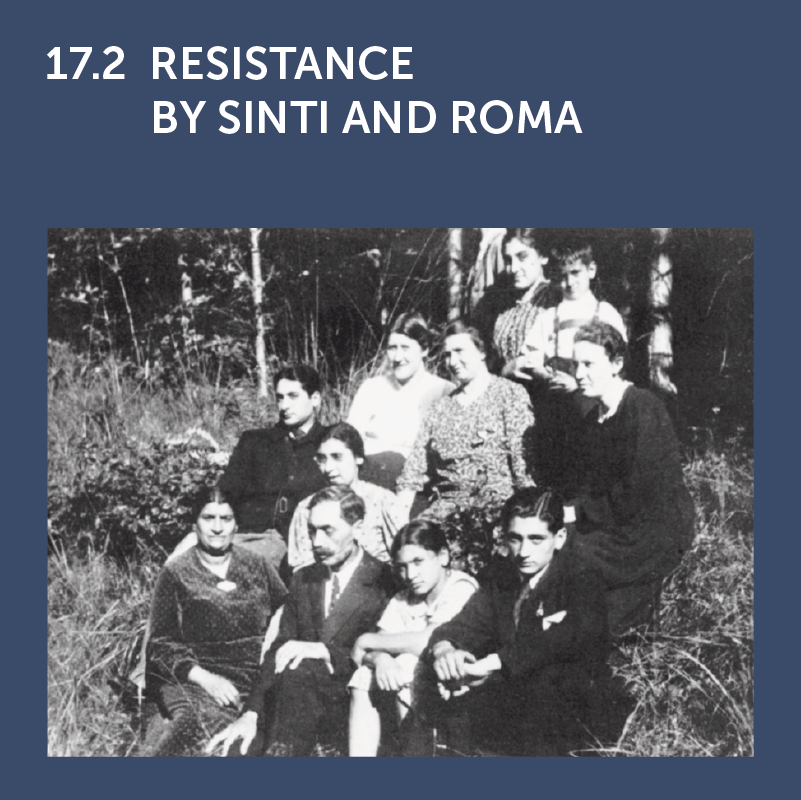