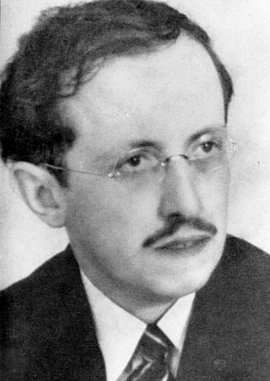 Born in Mauerkirchen (Upper Bavaria) in 1909, Hermann Frieb was the son of an auditor and grew up in Munich. He studied economics and joined a socialist student group, soon becoming its head. In 1933/34 he and several social democratic friends set up small resistance groups with connections to the SPD in exile. The Gestapo discovered some of these groups in 1936, and three of Frieb’s political friends died as a result of their violent treatment. Undeterred, he continued his work of founding social democratic resistance groups. Hermann Frieb was arrested on April 16, 1942, sentenced to death by the People’s Court on May 27, 1943, and murdered in Munich-Stadelheim on August 12, 1943.