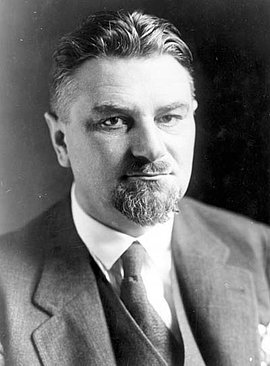 Married to Magdalene König, Hans Lukaschek became a county commissioner in Upper Silesia in 1919 and spoke out strongly in support of ethnic Germans during the plebiscite of 1921. A member of the Center Party, he was elected president of the Prussian province of Upper Silesia and appointed regional commissioner of Oppeln. Having been warned by Hitler as early as 1930, Lukaschek was forced from office by the National Socialists in May 1933. He opened a law office in Breslau, where he defended opponents of National Socialism and aided Jewish friends. From 1938 on, he developed close contacts with Helmuth James Graf von Moltke. Lukaschek attended the first Kreisau conference held over Pentecost in 1942. Because of his age and the high offices he had held in the Weimar Republic, he soon assumed a distinctive position in the circle around Moltke and Yorck. Although he was unable to participate in the Kreisau friends' discussions on a regular basis, Lukaschek kept abreast of their discussions and plans. Lukaschek volunteered to assume the office of political representative for military district VIII (Breslau) in the event of a successful coup and actively supported the efforts of the friends of Claus Schenk Graf von Stauffenberg. After the unsuccessful attempt on Hitler's life, Lukaschek was arrested in Breslau on the evening of July 20, 1944. However, he was only put on trial before the People's Court in April of 1945. He testified to having been tortured and was acquitted and released immediately before the end of the war. Between 1949 and 1953, Hans Lukaschek served in Konrad Adenauer's first cabinet as federal minister of displaced persons. After this, he was vice president of the German charity Caritasverband until his death.