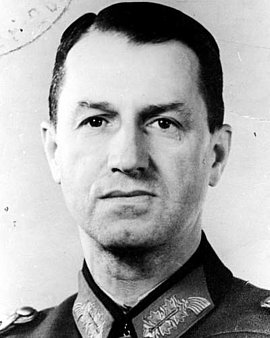 Fritz Lindemann fought in the First World War and was a temporary member of the German peace delegation in Versailles in 1919. After 1922 he completed an illegal general staff training course in the Reich Army, and started training officers himself at the end of the 1920s. He was married to Lina von Friedeburg, with whom he had a daughter and two sons. In the Second World War he fought in Poland, France and the Soviet Union, and increasingly used his travel opportunities for contact with the military conspirators, some of whom, including Hellmuth Stieff, were among his close friends. After the unsuccessful assassination attempt of July 20, 1944, Fritz Lindemann managed at first to hide with relatives in Dresden. When his involvement in the plot was discovered, he was given shelter in Berlin by Erich and Elisabeth Gloeden, who helped persecuted Jews as well. The Gloedens were sentenced to death with other helpers in November 1944. Following a denunciation, the Gestapo arrested Fritz Lindemann on September 3, 1944, seriously injuring him. He died in hospital shortly afterwards.