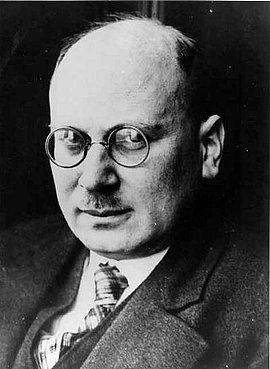 Fritz Elsas, the son of a Jewish textile industrialist and counselor of commerce, studied law and political science in Munich, Berlin and Tübingen, where he gained his doctorate in politics in 1912. He converted to Christianity while at university. After military service and several study trips he began his career as an assistant at the Chamber of Commerce in Stuttgart. A member of the German Democratic Party (DDP) from 1919 on, Elsas rapidly became one of the leading local government politicians of the Weimar period. From 1931 on he was Mayor of Berlin. He was removed from his post immediately after the National Socialists took power. He stayed in Berlin, pursued his scholarly studies, supported people who had to emigrate from Germany and tried to secure his precarious existence by working as an economic and currency adviser. Elsas was arrested at the end of June 1937 and held in custody in Moabit Prison in Berlin until November 1, 1937. Elsas had kept in contact with Carl Goerdeler since the 1920s. In the event of a successful coup against Hitler, the conspirators designated Elsas as head of the Reich Chancellery in a new government. After the unsuccessful coup attempt of July 20, 1944 Elsas, although in extreme danger himself as a Jew, took the fugitive Carl Goerdeler into his home twice. Fritz Elsas was arrested on August 10, 1944. In December he was taken from Lehrter Straße Prison in Berlin to Sachsenhausen concentration camp, where he was murdered on January 4, 1945 without any kind of trial. His wife Maria and his three children were taken into “Sippenhaft” (imprisonment for families held responsible for the oppositional political activities of a family member). They were liberated at the end of the war.