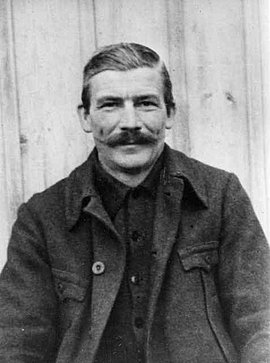 In April 1945, several locals in the village of Brettheim, near Rothenburg, disarmed a group of Hitler Youth, taking away their antitank rocket launchers. They wanted to prevent a senseless battle with the approaching American troops and the destruction of their village. SS-Gruppenführer Max Simon, the former commandant of Sachsenburg concentration camp and meanwhile a general in the Waffen-SS, ordered an officer from his staff to punish this “disgrace.” The village was surrounded and most of its inhabitants were interrogated. Finally, the farmer Friedrich Hanselmann voluntarily admitted to being one of the “criminals,” naming two others who had been involved during a beating. When the local mayor and NSDAP party leader refused to sign the hastily drawn-up death sentence for Hanselmann, they were also accused and sentenced to death on April 9, 1945. One day later, they were murdered along with Friedrich Hanselmann.