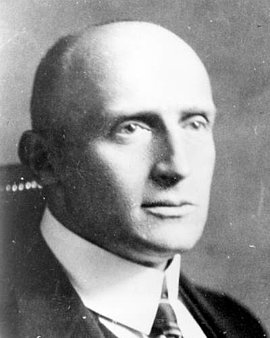 The jurist Franz Kempner worked in the colonial administration in German East Africa from 1906, and was injured there several times during World War I. After his return to Germany, he was initially employed in the Reconstruction Ministry before joining the Reich Chancellery in 1922, holding the office of undersecretary of state from 1925 to 1926. He largely withdrew from public life over the next few years.

A member of the German People's Party (DVP) during the Weimar Republic, Franz Kempner was a close friend of Erwin Planck since they worked together at the Reich Chancellery. Like the latter, Kempner rejected National Socialism and was connected to numerous individuals in the resistance. He took part in a discussion circle of opposition-minded former diplomats, civil servants, and academics at the home of Johanna Solf, where open criticism of the National Socialist regime was voiced. He was also in contact with the circle formed around Ulrich von Hassell, Johannes Popitz, and Carl Goerdeler, whom he met in 1943 and who attempted to recruit him for the office of undersecretary of state in the Reich Chancellery after a successful coup.

After July 20, 1944, he was arrested and admitted his reservations about National Socialist racial and church policy during Gestapo interrogations. Franz Kempner was sentenced to death by the People's Court on January 12, 1945, and murdered in Plötzensee on March 5.