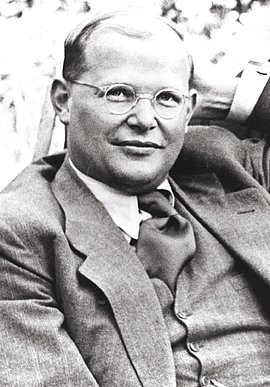 Bonhoeffer, son of the renowned psychiatrist and neurologist Karl Bonhoeffer, became a university pastor in Berlin after studying theology and receiving an advanced degree. As early as 1933 he was regarded as a resolute opponent of the National Socialists; in his essay "The Church Before the Jewish Question" he established that Christians have a duty to resist unlawful actions by the state. From 1935 to 1937, he directed a Confessional Church seminary first located in Zingst, Pommerania, and later in Finkenwalde near Stettin. He was a leading theologist of this religious opposition movement. The courses Bonhoeffer taught decisively influenced the theological development of every participant. In 1937 Reich Church Minister Hans Kerrl prohibited these seminars. In 1938 Bonhoeffer's brother-in-law Hans von Dohnanyi informed Bonhoeffer of his plans for a coup. Pressed into service in the Office for Foreign Affairs/Counter Intelligence of the Armed Forces High Command in 1940, Bonhoeffer repeatedly traveled abroad to make contact with the Allied governments. In early April 1943 he was arrested. For two years he was held without trial in Berlin's Tegel prison. It was here that he wrote his most notable theological works. In February 1945, Dietrich Bonhoeffer was brought first to the Buchenwald concentration camp, in April 1945 he was transferred to the Flossenbürg concentration camp where he was murdered on April 9, 1945, after being sentenced by an SS summary court-martial.