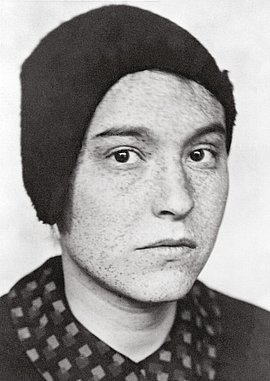 Anna Seghers joined the KPD at the end of the 1920s and was a founding member of the Association of Proletarian-Revolutionary Authors. She was awarded the prestigious Kleist Prize in 1928. Seghers, under particular threat as a Communist and a Jew, fled with her family via Switzerland to France in the spring of 1933. In exile, she wrote highly regarded novels on the fate of emigrants and on resistance against National Socialism, also publishing work in exile journals and advocating a “people’s front” against Hitler. In 1941 she managed to escape to Mexico. There, she was among the founders of the “Free Germany” movement and published the famous exile novel The Seventh Cross in 1942. After her return in 1947, she had a decisive influence on cultural life in East Germany up to her death in 1983.