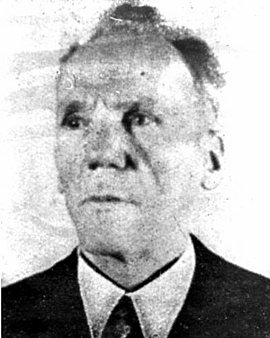 Walter Maschke was active in the social democratic movement after the First World War and worked as youth secretary for the General German Federation of Labor Unions (ADGB) from 1922 to 1933. After 1933 he was arrested several times and imprisoned for years in concentration camps and prisons. In 1936 Wilhelm Leuschner contacted him. Maschke was involved in planning a unified German labor union and discussed future labor union tasks with Leuschner and Hermann Maass. Maschke had been designated for the youth department, but preferred to be responsible for the foreign workers in Germany. After the unsuccessful assassination attempt of July 20, 1944, Walter Maschke was arrested by the Gestapo. On January 19, 1945 he was sentenced by the People’s Court to two years imprisonment. He survived the war.