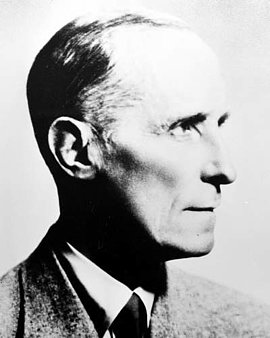 Ulrich Freiherr von Sell was a property administrator and trustee of the privy purse of the last German Kaiser, Wilhelm II. Sell was married to Augusta von Brauchitsch, with whom he had a daughter and a son. He had close contacts to the resistance circles in counterintelligence, particularly to Colonel Hans Oster and Admiral Wilhelm Canaris. Stauffenberg’s adjutant, Werner von Haeften, was a cousin of Sell’s wife, Augusta, and had close ties to her. Sell took part in various discussions in Bendlerstraße and was designated by the conspirators around Claus Schenk Graf von Stauffenberg as a liaison officer in military district IX (Kassel). A few days after the unsuccessful assassination attempt of July 20, 1944, Sell was arrested by the Gestapo and brought to Lehrter Straße Prison in Berlin. He was held there on remand until March 30, 1945. On May 7, 1945 he tried to exculpate a former colleague wrongly suspected of National Socialist activities. The secret service (NKWD) of the Soviet occupying power arrested Sell and deported him to Jamlitz internment camp, where he died of malnutrition on November 12, 1945.