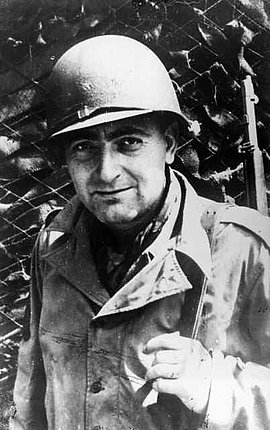 Stefan Heym was born in Chemnitz in 1913. After graduating in 1932, he wrote for Carl von Ossietzky’s magazine Die Weltbühne. Directly after the National Socialists took power in March 1933, Heym fled to Prague and started working for German exile newspapers. In 1935 he emigrated to Chicago, where he earned a meager living until he was able to write for German exile magazines again. He was editor-in-chief of the Deutsches Volksecho in New York from 1937 to 1939. Heym was called up to the US Army in 1943, and joined the author Hans Habe’s psychological warfare unit. In 1944/45 he wrote for the German-language magazine Frontpost, aimed at German soldiers. Heym gave up his American citizenship in the early 1950s, returning to Berlin where he lived and wrote until his death in 2001.