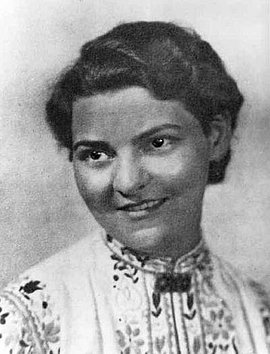 Born in Berlin, Senta Maria Klatt was the daughter of a philosophy professor with German nationalist sympathies. Her mother was Jewish and lived in the USA after the break-up of the marriage. Senta Maria Klatt, a social educationist, became director of a kindergarten early on. Dismissed in 1934 because she was classified as “half-Jewish” by the National Socialists, she worked as a secretary in the office of the Confessional Church of Berlin-Brandenburg. A close colleague of Otto Dibelius and Kurt Scharf, she acted as a courier, wrote confidential documents and falsified accounts statements that had to be submitted to the Gestapo. Her responsibilities included compiling and distributing “intercession lists” with the names of hundreds of persecuted theologians and parish members of the Confessional Church. Senta Maria Klatt had to undergo more than 40 interrogations by the Gestapo. In 1944 she was able to evade the threat of deportation to Ravensbrück women’s concentration camp by enlisting for service in a war industry plant. Senta Maria Klatt survived the war. After 1945 she worked again as a secretary and consultant in the Protestant consistory of Berlin-Brandenburg.