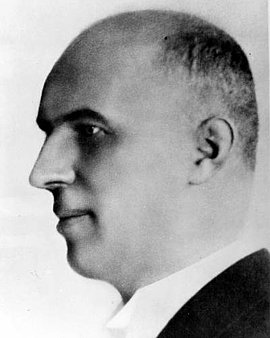 Initially an apolitical Catholic attorney, after March 31, 1933 Reinhold Frank was nominated for the Karlsruhe Citizens Committee as a member of the Baden Center Party. He lost this post a year later on the abolition of local civic representative organizations. In the following years he repeatedly defended political opponents of National Socialism before the courts. In February 1943 the former president of the state of Württemberg, Eugen Bolz, brought Frank into contact with Carl Goerdeler. Together with the former senior building officer, Albrecht Fischer, Frank was persuaded to act as political commissioner in military region V (Stuttgart) in the event of a coup. But he was not told the exact timing of the assassination attempt on Hitler. On his return journey from Berlin, Reinhold Frank was arrested in Karlsruhe by the Gestapo on the night of July 20-21, 1944 and later brought to Berlin. He was sentenced to death by the People’s Court under Roland Freisler on January 13, 1945 and murdered on January 23, 1945 in Berlin-Plötzensee.