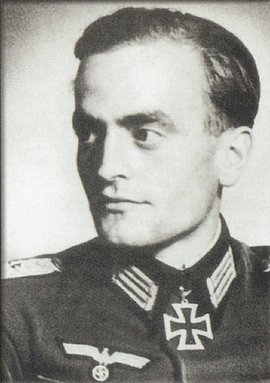 Philipp Freiherr von Boeselager, deployed by Field Marshal Günther von Kluge as an aide-de-camp on the Eastern Front, first found out about the systematic murders of Jews in 1941. Encounters with high-ranking SS and NSDAP leaders convinced him that the National Socialist regime was highly criminal. In 1942, he met Henning von Tresckow and joined his resistance group. When an opportunity for an attempt on Hitler’s life arose on a visit to the front in March 1943, Philipp and his brother Georg Freiherr von Boeselager volunteered to carry out the attack. Hitler was to be shot; however, Field Marshal von Kluge called off the plan, fearing civil war-like conflict between the army and the SS. Philipp and his brother Georg were among the conspirators behind the July 20, 1944, assassination attempt. On July 18, 1944, he commanded six squadrons (1200 soldiers) to ride towards Brest-Litovsk. They were then to travel to Warsaw on trucks and from there by plane to the “Führer-less” Berlin, to occupy both parts of the Reich Security Main Office. When he heard the assassination attempt had failed he ordered his men to turn around immediately and return to their previous positions unnoticed. He survived because none of his fellow conspirators revealed his involvement – even under torture.