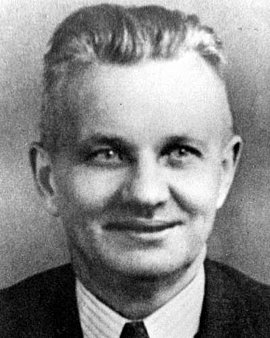 Oswald Wiersich was still serving his apprenticeship in mechanical engineering when he joined the labor movement. He became an employee of his professional organization and was a representative of the German Metalworkers’ Federation in Breslau from 1912 on. In 1923 he became district secretary of the General Federation of German Labor Unions (ADGB) in Silesia. In the 1920s he was a member of the Prussian State Parliament for the Social Democratic Party (SPD). After the National Socialists took power, in March 1933 Wiersich and other labor unionists and social democrats were taken into “Schutzhaft” (“protective custody”) for several weeks. In the following year Wiersich found work as a book-keeper and tried to consolidate the links between Silesian labor union circles. His close contact to Wilhelm Leuschner gave him the opportunity to meet Ludwig Beck early on. After the unsuccessful assassination attempt of July 20, 1944, Wiersich was arrested on August 22, 1944 because of his contacts to Michael Graf von Matuschka, Fritz-Dietlof Graf von der Schulenburg and the labor unionist Fritz Voigt. Oswald Wiersich was sentenced to death by the People’s Court on February 28, 1945 and murdered in Berlin-Plötzensee on March 1, 1945.