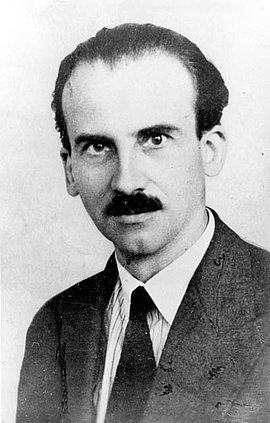 Michael Graf von Matuschka studied law and graduated as Dr.iur. in Breslau 1910. He served in the 4th Silesian Hussars regiment for one year and as a junior civil servant in the provincial government of Westfalia in Munster until 1914. From the beginning of World War I he took part in the operations of his regiment in Russia and escaped from a POW camp in Siberia in 1918. After being admitted to the bar in 1919 he worked in various public functions in the Province of Upper Silesia where he became intensively involved in German-Polish relations. In May 1923, he was appointed county commissioner of Oppeln. He pursued similar political goals to his colleague Hans Lukaschek and Paulus van Husen, his friend from university days. Both these men later belonged to the Kreisau Circle. Matuschka was married to Pia Gräfin von Stillfried und Rattonitz, with whom he had three sons and a daughter. He campaigned successfully for the Center Party in the Landtag elections of 1932, but in 1933 was removed from parliament and office for political reasons. In the following years he was employed by the Prussian administration in Berlin and in the province of Silesia in Breslau, where he maintained close contacts with the Silesian deputy regional commissioner Fritz-Dietlof Graf von der Schulenburg. Schulenburg persuaded Matuschka to accept the office of regional commissioner in Silesia in the event of a successful coup. In 1942 Graf Matuschka was appointed economic adviser to the administration in annexed Katowice. After the unsuccessful assassination attempt of July 20, 1944, Matuschka was arrested by the Gestapo. He was sentenced to death by the People's Court on September 14, 1944, and murdered the same day in Berlin-Plötzensee.