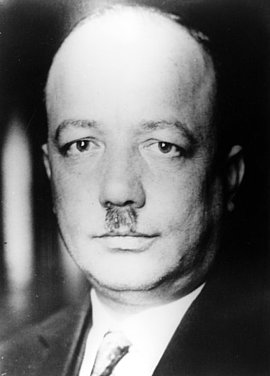 After World War I, the editor Max Sievers was active in the KPD, then turning to the SPD. In the 1920s, he became the secretary and later chairman of the Social Democratic-oriented German Freethinkers’ League (Deutscher Freidenker Verband - DFV). As early as 1932, Sievers placed part of the organization’s assets in safety abroad. After the DFV’s Berlin headquarters were stormed by the SA in March 1933, he was briefly imprisoned, but escaped to Belgium. There, Sievers used the funds he had rescued to run various publications, initially propagating a unified socialist front against Hitler, later social revolution and a soviet system based on workers’ councils. However, there were few adherents to his ideas. Shortly after he returned from a visit to the United States in the spring of 1940, German troops invaded Belgium. Sievers was interned in Belgium and deported to France. He attempted to escape to Switzerland, but failed to cross the border. After three months in French internment in Strasbourg, Sievers managed to go into hiding with his Belgian wife near Lille for some time. He was denounced in June 1943, arrested by the Gestapo, and taken to Berlin. Sentenced to death by the People’s Court on November 17, 1943, Max Sievers was murdered in Brandenburg-Görden penitentiary on January 17, 1944.