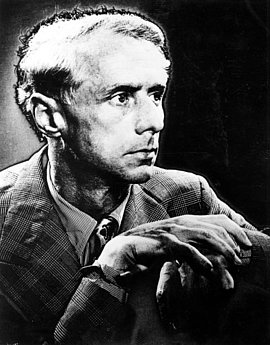 Born in Brühl near Cologne in 1891, Max Ernst initially studied literature and art history in Bonn. At the same time, he began teaching himself to paint, showing his pictures at various art exhibitions from 1912 on. After fighting in World War I, Ernst returned to Cologne and joined the Dada movement. From 1922, he lived in Paris, painting, drawing, and sculpting, and turned to surrealism. Max Ernst’s works were among those subjected to defamation and condemnation soon after Hitler took power in Germany. In 1937 they were exposed to public ridicule in the exhibition entitled “Degenerate Art.” The artists’ league Freier Künstlerbund was founded in Paris in May 1938 with the aim of continuing the tradition of the banned Deutscher Künstlerbund. As well as representing artists’ interests, its work focused on political condemnation of National Socialism. Max Ernst was active on the association’s committee, which succeeded in presenting works by respected artists in exile to the general public in the Paris exhibition Freie deutsche Kunst (Free German Art) in November 1938. Max Ernst left the surrealists in 1938 and withdrew from public life. He was interned several times after the outbreak of the war, but managed to escape to Portugal via Spain, and eventually left for the United States in 1941, thanks to the support of the art collector Peggy Guggenheim. He returned to Paris in 1951, living there until his death in April 1976.