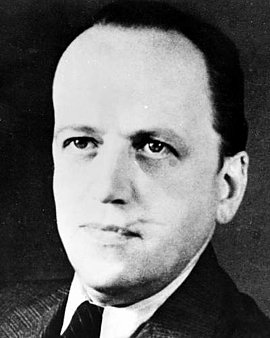 After studying law and practising for a while as an attorney, Ludwig Schwamb began a career in administration in 1925. As a social democrat, in 1928 he was appointed with Carlo Mierendorff as a personal consultant in the Interior Ministry in Hesse under Wilhelm Leuschner. After the National Socialists took power in 1933, Schwamb lost his post. He moved to Berlin and worked as a corporation lawyer in a shoe factory. In the following years he maintained close contact with his social democratic friends Leuschner, Mierendorff, and Leber, who were gradually released from concentration camps. The conspirators of July 20, 1944 proposed Schwamb as political commissioner for military district XII (Wiesbaden). After the unsuccessful coup attempt on July 20, 1944, he was arrested with his wife on July 23, 1944 in Frankfurt am Main. His wife was released a few days later. After months in custody in Lehrter Straße Prison, Ludwig Schwamb was sentenced to death by the People’s Court under Roland Freisler on January 13, 1945. Ludwig Schwamb was murdered on January 23, 1945 in Berlin-Plötzensee.