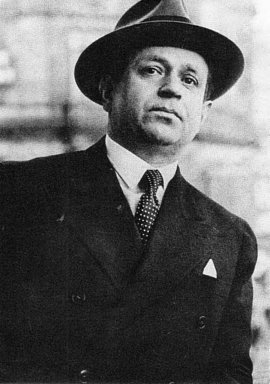 Kurt Tucholsky joined the magazine Die Schaubühne as a law student in 1913 and was soon its most important writer. He also published pieces under the pseudonyms Peter Panter, Theobald Tiger, and Ignaz Wrobel. After fighting in World War I, he was active on behalf of the opposition party USPD and the Peace League of War Veterans. He also became editor-in-chief of Ulk, the satire supplement of the Berliner Tageblatt. Tucholsky continued to write for Die Weltbühne, adding Kasper Hauser to his list of pseudonyms. With a sharp tongue and often cutting humor, he criticized the right wing and the National Socialist movement. In 1924 he went to Paris as a correspondent for Die Weltbühne and the Vossische Zeitung. Following the death of the Weltbühne publisher, he returned to Berlin in 1926 and ran the magazine for a short time. At the beginning of 1930 he moved to Sweden permanently and then stopped writing journalism almost entirely. After the National Socialists took power, Tucholsky was expatriated and his books were burned in public. He died of an overdose of sleeping pills on December 21, 1935.