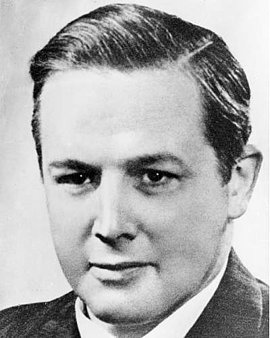 Soon after completing law studies in 1935, Klaus Bonhoeffer became a senior corporate attorney with Deutsche Lufthansa. He was married to Emilie Delbrück, with whom he had a daughter and two sons. In close cooperation with his brothers-in-law Hans von Dohnanyi, Justus Delbrück, and Rüdiger Schleicher, he utilized his opportunities to travel at an early stage to establish contacts with a broad range of resistance groups in the diplomatic community and among the clergy in Germany and abroad. He became party to the assassination plans of the group of conspirators around Ludwig Beck and Carl Goerdeler. Klaus Bonhoeffer was arrested on October 1, 1944, and sentenced to death by the People's Court on February 2, 1945. In the night of April 22-23, 1945, he was taken with a group of prisoners from the Lehrter Straße Prison to some nearby ruins and surreptitiously shot by a special unit of the Reich Security Main Office.