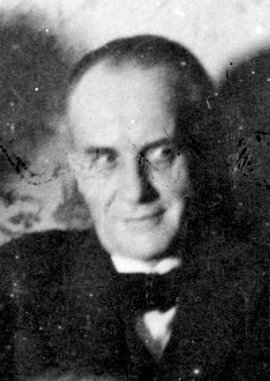 Born in Berlin in 1886, Karl Germer was the editor of various social democratic newspapers in the 1920s, going on to become head of advertising for the social democratic press. In the later years of the war, a small circle of Social Democrats and trade unionists met at Germer’s home at 125 Kantstrasse, Berlin-Charlottenburg. The group had connections to Wilhelm Leuschner, Hermann Schlimme, and Paul Löbe via intermediaries. Between 1943 and 1945, Germer and his friends wrote and distributed leaflets sharply critical of the Nazi regime, under the name Deutsche Widerstandsbewegung (German Resistance Movement). Karl Germer survived the end of the war, and one of the initiatives that led to the formation of the post-war SPD met at his home in Berlin on May 15, 1945.