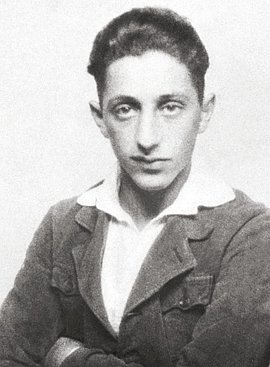 Herbert Baum, the son of an accountant and born in Posen in 1912, grew up in Berlin and became an electrician in 1928. He started to attend evening classes at the Beuth Academy to qualify as an electrical engineer, but was banned from attending further training classes in 1935 as he was Jewish. From the age of twenty, he was the head of the German-Jewish youth group Ring-Bund Deutsch-Jüdischer Jugend, joining the Communist Youth Federation (KJVD) in 1931. After 1933 he was involved in the KPD’s illegal opposition to the Nazi state, mainly responsible for links between the Berlin regional leadership and the KJVD up to 1936. From 1936 on, a group of young Communists, mainly of Jewish origin, began to form. Baum was in touch with other Berlin Communists such as Robert Uhrig, who also set up resistance groups.

Copying leaflets and underground newspapers was not only dangerous but also expensive. As Baum’s resistance group had to rely almost entirely on itself, the members tried to get hold of some of the money they needed for stencils and a duplicating machine through theft. On one occasion, they even broke into the home of a Berlin Jew and stole several valuable items, but were unable to sell them. This radical attempt shows the desperate situation the resistance group around Herbert Baum was in.

The articles for their leaflets were discussed by several members of the group, and usually even written jointly. As Jews were not allowed to use typewriters, the group’s non-Jewish members – such as Irene Walter and Suzanne Wesse – had to type the texts in secret at their workplaces. The stencils were duplicated in Herbert Baum’s basement. Some of their leaflets were widely distributed, while others were given specifically to members of certain professions or sent out by post. Some of the members donated a fifth of their wages to finance the group’s work.

From 1941, Herbert Baum had to work in the “Jews’ department” of the Berlin Elmo-Werke factory, where he came into contact with other forced laborers. The group was discovered after its arson attack on the anti-Soviet exhibition “The Soviet Paradise” in Berlin’s Lustgarten on May 18, 1942. Herbert Baum was arrested on May 22 and committed suicide in Moabit prison on June 11, 1942.