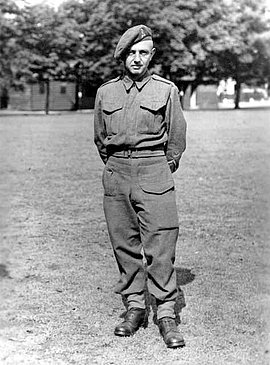 Hans Oettinger was born in Kassel in 1901. He studied law, becoming a district attorney in 1930 and a district court judge in Mannheim shortly later. Expelled from public service by the National Socialists in 1933 under the racist “Law for the Restoration of the Professional Civil Service,” he made a living as an authorized agent in Kassel until he was able to flee to Britain via Switzerland in 1939. Like many other Germans, Oettinger was interned in Britain as an “enemy alien” in the fall of 1939. When a priest finally vouched for him, Oettinger got a job as a domestic servant, but was interned again shortly afterwards and shipped to Canada. A determined opponent of the Nazi regime, he soon signed up for the Canadian Royal Army. Hans Oettinger changed his name to Ormond and started out as an army engineer, later working in a propaganda unit. Ormond returned to Germany with British troops and started practicing law again. He became a respected attorney for compensation cases and was a co-plaintiff in the major Frankfurt Auschwitz proceedings in 1962/63.