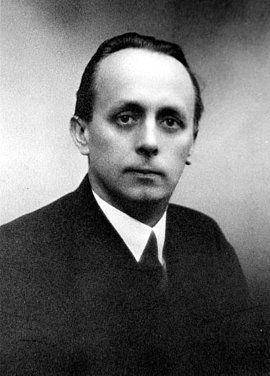 The writer Helmut Klotz joined the Nazi Party NSDAP as early as 1922, but was expelled at the end of 1924, and went on to work in the republican defense league Reichsbanner Schwarz-Rot-Gold and the SPD in the early 1930s. From 1930 to 1933, he was the editor of Antifaschistische Korrespondenz, then escaping Germany via Prague to Paris, where he made contact with the KPD. Klotz was an active supporter of the People’s Front and advised the republican government during the Spanish Civil War. He was arrested by the Gestapo in July 1940 after France’s defeat, and taken to Sachsenhausen concentration camp. The People’s Court sentenced Helmut Klotz to death on November 27, 1942. He was murdered in Berlin-Plötzensee on February 3, 1943.