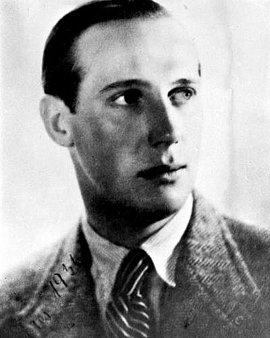 Born in Hanover, Heinrich Graf von Lehndorff-Steinort studied political economy and business management in Frankfurt am Main to prepare for managing the family property, which he took over in 1936. He was married to Gottliebe Gräfin Kalnein, with whom he had four daughters. After the beginning of the war he was initially deployed in Poland, then transferred as reserve lieutenant to the staff of General Fedor von Bock, later commander in chief of Army Group Mitte. During the invasion of the Soviet Union, Lehndorff witnessed a massacre of the Jewish population near Borissov by the “Einsatzgruppen (mobile killing units) of the chief of the Security Police and the SD (Security Service)”. As a result, Henning von Tresckow was able to persuade him to support the group of conspirators around Stauffenberg. In the “Valkyrie” plans, First Lieutenant of the Reserve Lehndorff was deployed as liaison officer for military district I (Königsberg). He was arrested a day after the unsuccessful assassination attempt of July 20, 1944, sentenced to death by the People’s Court on September 4 and murdered the same day in Berlin-Plötzensee.