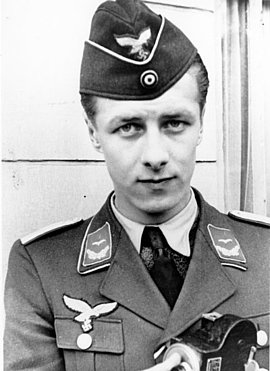 The fighter pilot Einsiedel fought in the war against the Soviet Union and was shot down in the late fall of 1942. His capture caused some sensation, as he was the great-grandson of the former Reich Chancellor Otto von Bismarck. Einsiedel, influenced by the bündische Jugend youth movement, rejected the Nazi regime and acknowledged its criminal nature, after discussions with Soviet officers. He soon began to encourage his fellow prisoners to declare their opposition to Hitler openly. Second Lieutenant Einsiedel became the vice-president of the National Committee “Free Germany” (NKFD). Horrified by the attacks carried out by Soviet soldiers in East Prussia in 1945, Einsiedel and other members of the NKFD – including Jesco von Puttkamer and Heinrich Gerlach – realized that the political goals behind the foundation of the National Committee would be impossible to achieve.