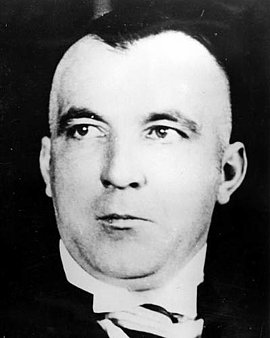 After gaining his school-leaving certificate, Hans Schlange-Schöningen studied agricultural sciences. He fought in the First World War as an officer and was wounded several times. After the war he managed the family manor, Schöningen. He was married to Margarete von Nagy. In the 1920s he was chairman of the German National People’s Party (DNVP) in Pomerania, and represented the party for several years in the Prussian State Parliament and the German Reichstag. In protest at the election of Hugenberg as DNVP chairman in 1928, Schlange-Schöningen resigned from his post in 1929 and left the party in 1930. He was Reich commissioner for eastern aid from 1931 on, and minister without portfolio in Brüning’s cabinet. After the National Socialists took power, Schlange-Schöningen concentrated on managing his estate. He came in contact with the conspirators of July 20, 1944 through Helmuth James Graf von Moltke, and was designated as minister of food on their prospective cabinet list. Hans Schlange-Schöningen survived the war.