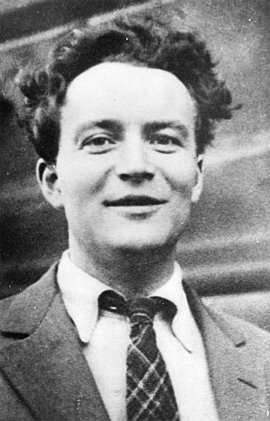 The son of a low-ranking civil servant, Hans Otto refused to become a businessman as his parents wanted. Instead, he took acting lessons and made friends with the dramatic advisor Adam Kuckhoff, who was later murdered as a member of the resistance organization around Arvid Harnack and Harro Schulze-Boysen. At the end of the 1920s, Hans Otto was a member of Berlin’s Staatliches Schauspielhaus theater ensemble. He became chairman of the local branch of the German Stage Cooperatives in 1931, expressing his support for the KPD. The National Socialists terminated his contract in 1933. Despite a number of threats, Hans Otto refused to escape the country, and was part of a communist resistance group. On November 13, 1933, SA men arrested him at an illegal meeting. Hans Otto was severely maltreated over many days, and finally thrown out of a window by SA men. He died of his injuries shortly later in the Berlin State Hospital on November 24, 1933. His murder prompted a wave of protest outside of Germany.