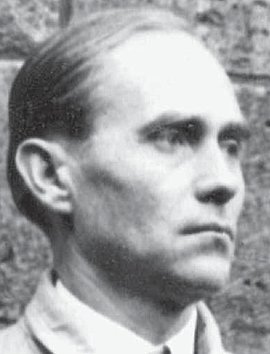 Hans Karl Fritzsche, the son of a master workman, took his university entrance-level examination in 1933. He studied history, philosophy, and war studies in Heidelberg and Berlin, gaining a PhD in 1936. He then embarked on an officer’s career, initially with the 9th Infantry Regiment in Potsdam. During World War II he was deployed as an infantry officer in the campaigns in France and the Soviet Union. Having experienced the National Socialists’ criminal conduct of the war at first hand in the eastern campaign, he became an opponent of the Nazi regime. He met his later wife Anneli Schmieding while a patient at a field hospital in Freiburg. Back in Potsdam, he was made deputy commander of a reserve battalion and came into contact with Fritz-Dietlof Graf von der Schulenburg, who brought him into the circle of conspirators against Hitler. On July 20, 1944, Fritzsche was one of the numerous helpers for the attempted coup in the Bendler Block in Berlin. He was arrested on July 21, 1944, initially interrogated at the Gestapo headquarters on Französische Straße, and then imprisoned in Lehrter Straße cell prison. Having been transferred to Tegel, he was returned to the cell prison. Fritzsche was released without trial after some time and rejoined his regiment in Potsdam, where he became battalion commander again. Fritzsche was taken prisoner of war by the Soviet Union on the Czechoslovakian front and released in 1948.