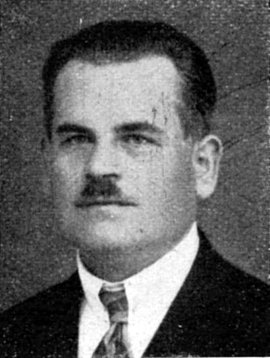 Gustav Bruhn, born in Angermünde in 1889, was the son of a railway worker and trained as a carpenter. He joined the SPD in 1912, was in the navy and an engineer in World War I and joined the Spartakusbund (Spartacist League). He was voted into the Prussian state parliament for the KPD in 1928, later becoming a member of the KPD leadership in the Wasserkante region. Arrested several times in 1933, Bruhn was sentenced to three years’ imprisonment in the fall of 1935, but was not released from Sachsenhausen concentration camp until 1939. His wife Elisabeth was sentenced to two years in prison in 1934. After their release, the two of them sought contact to former friends, later joining the organization formed around Bernhard Bästlein. Bruhn and his wife were arrested in October 1942. They both managed to go underground after the major air raid on Hamburg in July 1943, but fell victim to a denunciation and were murdered in Neuengamme concentration camp on February 14, 1944.