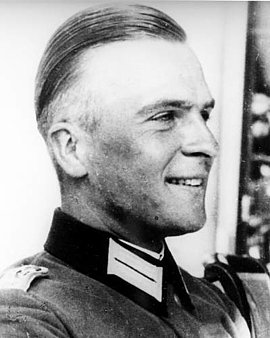 Günther Smend joined Infantry Regiment no. 18 in Detmold as an officer cadet in March 1932. After the beginning of the Second World War he was deployed with his unit in France and the USSR. Smend was transferred to the general staff in December 1942 and appointed adjutant to the chief of the Army General Staff, Colonel General Zeitzler, in June 1943. Smend collaborated with the military opposition and particularly shared the conspirators’ concern that the war would inevitably end in defeat because of Hitler’s incompetence. After the unsuccessful assassination attempt of July 20, 1944, Günther Smend was arrested on August 1, 1944. He was sentenced to death as an accomplice by the People’s Court on August 30, 1944 and murdered on September 8, 1944 in Berlin-Plötzensee.