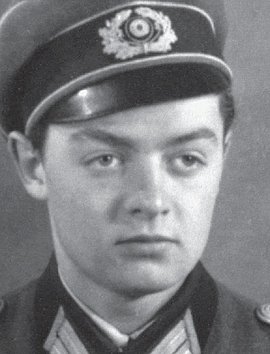 Georg Sigismund von Oppen volunteered for an officer’s career after completing his schooling in 1941. He joined the 9th Infantry Regiment in Potsdam, where his father and grandfather had served before him. He was deployed on the Eastern Front and severely wounded in December 1943. Stationed with his home regiment in Potsdam after his recovery, he made contact with the military resistance. He already knew Ewald Heinrich von Kleist, Werner von Haeften, and Fritz-Dietlof Graf von der Schulenburg through his family. On July 20, 1944, Oppen was one of numerous helpers for the attempted coup. He began by meeting Ludwig von Hammerstein, Hans Karl Fritzsche, and Ewald Heinrich von Kleist at Berlin’s Hotel Esplanade. That afternoon Friedrich Karl Klausing ordered them to the Bendler Block. Deployed as an aide-de-camp for Stauffenberg, Oppen supported the attempted coup at its headquarters until its failure became inevitable. He and Hans Karl Fritzsche managed to escape from the Bendler Block and get to Potsdam. Posted to the Eastern Front on July 21, 1944, he was arrested on August 12, 1944. His case before the “People’s Court” was closed, however, due to “lack of sufficient suspicion.” In May 1945, Oppen was taken prisoner of war by the Americans, and released again in the summer.