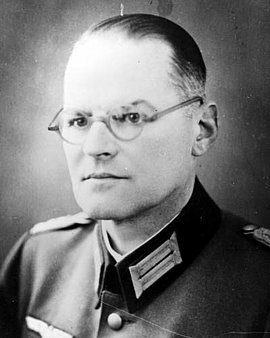 Georg Conrad Kißling was an agricultural landowner and owned a brewery. He was married to Alice Freiin von Printz, with whom he had two sons and a daughter. During the war the reserve major worked as an agricultural adviser at the Army High Command. In the plans for the coup, the conspirators around Claus Schenk Graf von Stauffenberg designated him as liaison officer for military district XXI (Posen). After the failure of the assassination attempt of July 20, 1944, Kißling escaped arrest on July 22 by committing suicide.