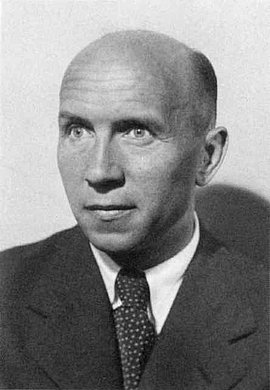 A member of the diplomatic corps from 1925 on, Kolbe was a consulate secretary in the German embassy in Madrid up to 1936, and in Cape Town in 1938/39. He returned to the Foreign Ministry in Berlin on the outbreak of the war. Kolbe rejected National Socialism outright from the very beginning, and refused to join the NSDAP. At the end of 1940, he was made the personal assistant to the intermediary between the Foreign Ministry and the Wehrmacht, Ambassador Karl Ritter. In this position, Kolbe had access to secret military and foreign policy documents. In despair at the Nazis’ crimes, Kolbe decided to pass on information to the Western Allies. He handed secret documents to the Americans under the code name George Wood from 1943 on. He was convinced that the National Socialists could only be overcome from outside the country, and hoped to help bring the war to an end sooner. Kolbe’s plans to set up a people’s militia of German opponents to the Nazis to support the Allies’ air landing operations failed. His activities remained undiscovered until the end of the war. After the war, he started work for the US military government in Berlin, later going into the private sector. He attempted to return to the diplomatic corps after the Foreign Ministry was re-established in 1951, but was rejected. Kolbe’s resistance activities were not officially commemorated by the Foreign Ministry until 2004.